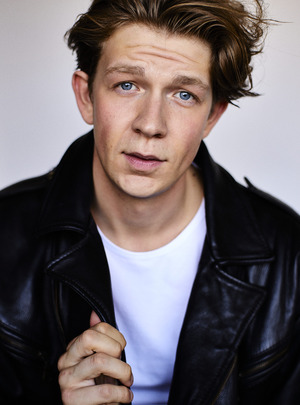 Tom van Kessel was born in 1994 in Culemborg. In 2005 he was discovered by director Martin Koolhoven and Tom plays alongside Carice van Houten his first leading role in the feature film KNETTER.

The film is a national and international success. Since then he plays in productions such as BON VOYAGE, BIRTHDAY BOY, HELIUM, THE SCHNITZEL PARADISE and in 2014 DORSVLOER VOL CONFETTI, directed by the Dutch-Norwegian director Tallulah Hazekamp Schwab.

The film premiers at the Film by the Sea Festival in Vlissingen and receives outstanding reviews.
DORSVLOER VOL CONFETTI an adaptation of the novel exhibits at the Berlinale in early 2015 and is nominated for the Glazen Beer for best youth film. The film attracts nearly 100,000 people to the Dutch cinemas.

After graduating as an actor, Tom is seen in various guest roles like DE FRACTIE, GHOST COP, SUMMER IN ZEELAND. In 2018 he plays the role of Fabian de Leeuw in 75 episodes of Nieuwe Tijden.

In 2019 he will be seen in FLIKKEN MAASTRICHT and DNA, a new series by Talpa.

Besides acting Tom is also active as a writer and can be heard as the voice of Weightwatchers, Fitbit, KLM and YEAZ.